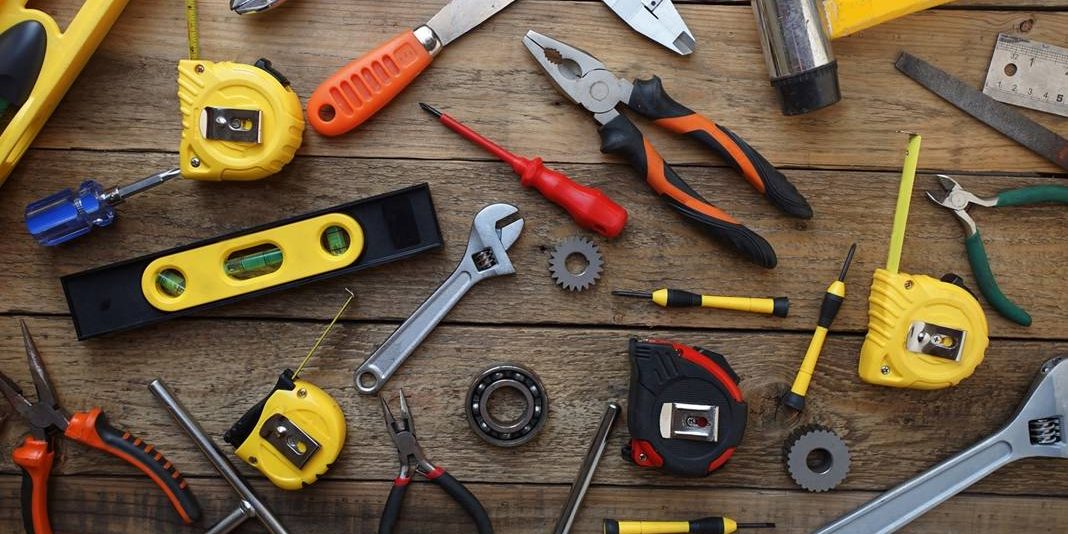 Recently Daniel Bortz of the Washington Post published an article on the “10 tools every new homeowner should own — and 3 they shouldn’t.”  We think the article is worth the read and might help out some of our clients getting ready to purchase their first home. Read the full story below:

“Ah, the joys — and burdens — of becoming a homeowner.

Buying a home is an exciting milestone, but after you’ve completed the purchase and moved in, you’re responsible for maintenance. In other words, you no longer have a landlord to fix that running toilet or leaky faucet.

The upside? Having a few essentials in your toolbox can help you make some common repairs yourself. Being your own jack-of-all-trades can also help you save money, as repair people typically charge about $60 to $65 an hour, according to HomeAdvisor. But you don’t want to cheap out on tools, home improvement expert Bob Vila says.

“It’s best to avoid the bargain bin at the big-box stores in favor of a good hardware store that can point you to the better brands,” Vila says.

Here are 10 tools every new homeowner should own — and three tools that are better left to professionals.

1. Claw hammer
You probably already own one of these. One side of the hammerhead is flat and used for pounding, while the other has a V-shaped notch that can extract nails from surfaces such as wood without damaging the nails or the surface. You want a claw hammer made from materials that can resist harsh weather and reduce the vibrations traveling from the hammer to your arm. Vila recommends Estwing’s 16-ounce Straight-Claw Hammer With Shock Reduction Grip ($20.97 at Home Depot).

2. Manual screwdriver set
A manual screwdriver is one of the most frequently used tools in any household — good for assembling furniture, removing light switch covers and tightening cabinet knobs, among other tasks. But there are a variety of screw heads and sizes, so buy a package with multiple blade tips and sizes.

3. Cordless drill
A cordless drill will be the “most-used tool in your tool kit,” says Brian Kelsey, a contractor and host of the online video series “Kelsey on the House.” Whether you’re driving bolts into wall studs to mount a flat-screen TV, tightening hinges or cutting out holes for doorknobs, using a battery-powered drill means you don’t have to worry about finding an outlet or snaking a cord into hard-to-reach spaces.

4. Level
Don’t want to hang your artwork, mirrors or shelves at an angle? Use a laser level to make sure everything is straight. For those on a budget, home improvement and design website the Spruce recommends the MICMI A80 ($10.49 on amazon.com). If you’re willing to splurge, go for the Hammerhead Compact Self-Leveling Cross Line Laser With Clamp ($49.99 on amazon.com), which can produce a bright horizontal, vertical or cross line (helping you hang objects at evenly spaced intervals) on any surface up to 30 feet away.

7. Allen wrench set
A hex key, also known as an Allen wrench, is that small, L-shaped wrench used to drive bolts and screws with hexagonal sockets. A favorite among furniture manufacturers, an Allen wrench is often included in build-it-yourself furniture, but it can also be used for basic plumbing repairs such as unjamming a garbage disposal, Vila says.

9. Staple gun
Great for common stapling needs such as retacking carpet, securing fabric and installing sheets of insulation, a staple gun is the perfect tool for quick fastening jobs. Manual staple guns are the tool of choice for most homeowners because they’re generally easier to use and less expensive than electric and pneumatic staple guns.

10. Digital tape measure
A digital tape measure makes it easier to quickly and accurately record and convert measurements. The popular eTape16 Digital Tape Measure ($28 at Home Depot) extends up to 16 feet and has a memory function for storing measurements — a useful feature for when you’re standing on a ladder and don’t want to fumble with a pen and paper.

Three tools you don’t need
Not particularly handy? A rule of thumb (assuming you want to keep both your thumbs) is to avoid heavy-duty sharp tools. Although a table saw, circular saw and hacksaw are all useful, they need to be handled with caution. Each year, emergency rooms treat more than 36,000 injuries from table saws, according to estimates from the Consumer Product Safety Commission.

That being said, it’s important to exercise caution when wielding any hand tool, considering that the most common tool-related injury, according to the CPSC, is striking one’s own fingers with a hammer.”
Link to the original story: Click Here